A Discovery For The Ages

When a co-author of my first paper at Tufts (Turner, R.E. et al (1990)) refused to perform a routine experiment suitable for one of her technicians, I, as a post-doctoral fellow, refused to do it myself. As a result, my paper was never resubmitted. It became clear to me that the path I was on with respect to research was limiting my objectives. Disappointed, I took a long hiatus from research—returning in 2005. Now at MIT, I pursued my hyaluronic acid (HA) research. This time I wondered if HA in the dehydrated state would reveal any “hidden messages” from water (see Emoto Masura).

By controlling the dehydration rate of HA fragments, could I image the patterning on glass microscope slides? I wondered what shape-shifting self-assembling HA fragments would reveal. Utilizing my limitless resources at MIT, I spent 3 years looking for my version of “The Holy Grail.” This website highlights my discovery of our temple veil, HA, and its “hidden” Gospel messages.

The Gospel is in The Veil 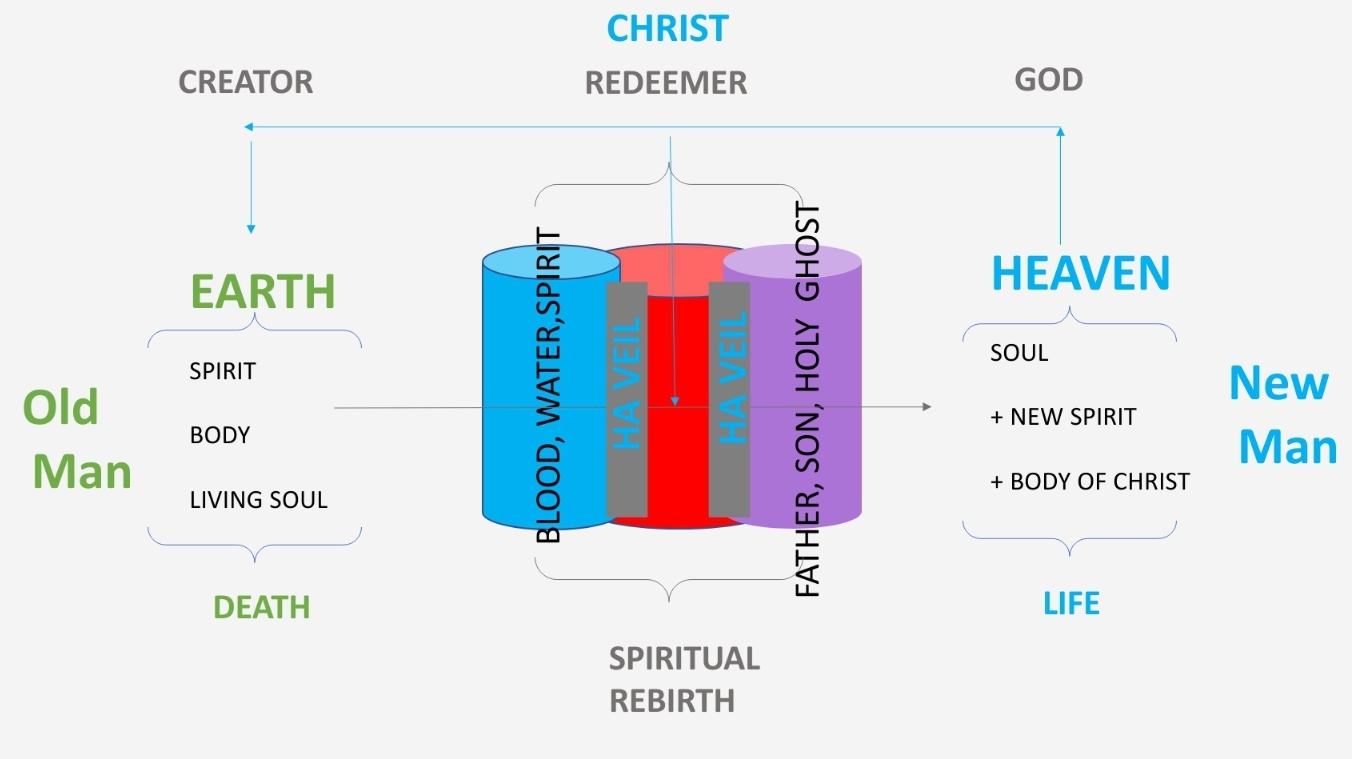 Figure 1. A schematic of the Gospel Veil as the central point of the entire volume of the book (Bible), which is Christ (Psalms 40:7 and Hebrews 10:7). God dwelled in the Hebrew temple on earth first, then in Christ as the “Spirit of the living creatures in the wheels,” which was Jesus Christ. Now he dwells in us. As the living temple of God, the Spirit transforms us (2 Corinthians 3:3) and cloaks us in the righteousness of Christ Jesus (Isaiah 61:10).

The second veil in the Hebrew temple was torn by God himself. This would have been impossible for humans. There were witnesses. At that point, Christ the living temple of God, was torn on the cross for our transgressions. This Gospel veil is also in us. This pattern is a molecule called hyaluronic acid (HA).

Man: An Image of God & His Temple 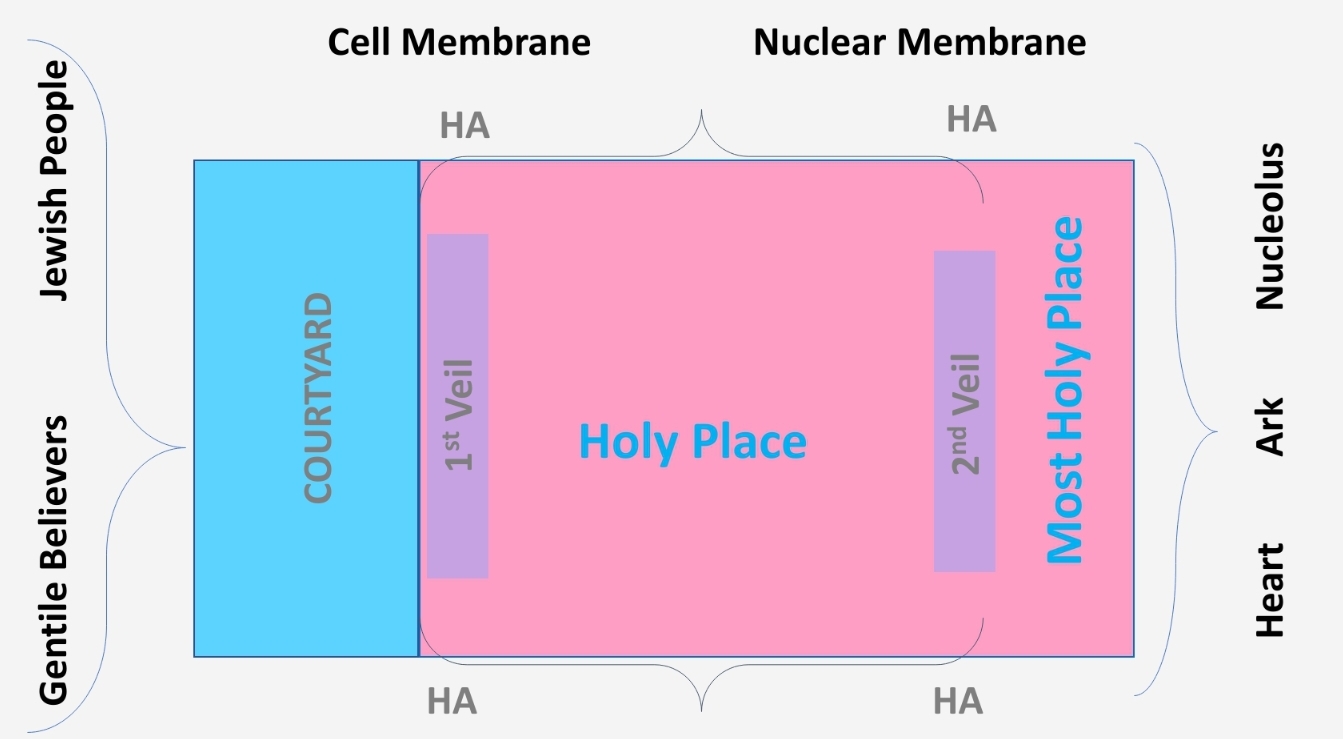 Figure 2. A schematic of the Hebrew temple as a pattern of Christ and of us, God’s Spirit filled living temple. From
John 2:19, 22: “‘Destroy this temple, and in three days I will raise it up.’ … he was speaking about the temple of his body.” So from John 14:20 and John 10:30 it is clear that for Believers, Christ is us and we are in him as he is in the Father. The tearing of the veil provided a testable object within us. This flesh molecule matches the pattern described in detail by Moses and Ezekiel. In addition, it contains “hidden gospel messages.”

Our biological patterning is in the likeness of God and we are his temple (1 Corinthians 3:16). If the man-made pattern of the God is the Hebrew temple, then we must be made in this pattern. Basically, there were 2 veils. The first veil was after the courtyard and served as a door to the temple. The second one was a cherubum embroidered scarlet, blue, and purple veil, which was the entrance to the inner sanctuary, the “Holy of Holies.”

Why was the blood kept behind the veil and only innocent blood could cross it? The reason is that in us (God’s temple) our flesh molecule (HA) and our blood molecule (DNA) are divine patterns. A testable object torn by God and witnessed by many is the temple veil. That said, science then can be used to find our temple veil, which is HA, the flesh molecule. My results obtained at MIT were confirmed in the literature to be hyaluronic acid (HA). The second veil (tabernacle) can only be entered through the “Blood” of Jesus.

Testing the Biomatrix veil at MIT 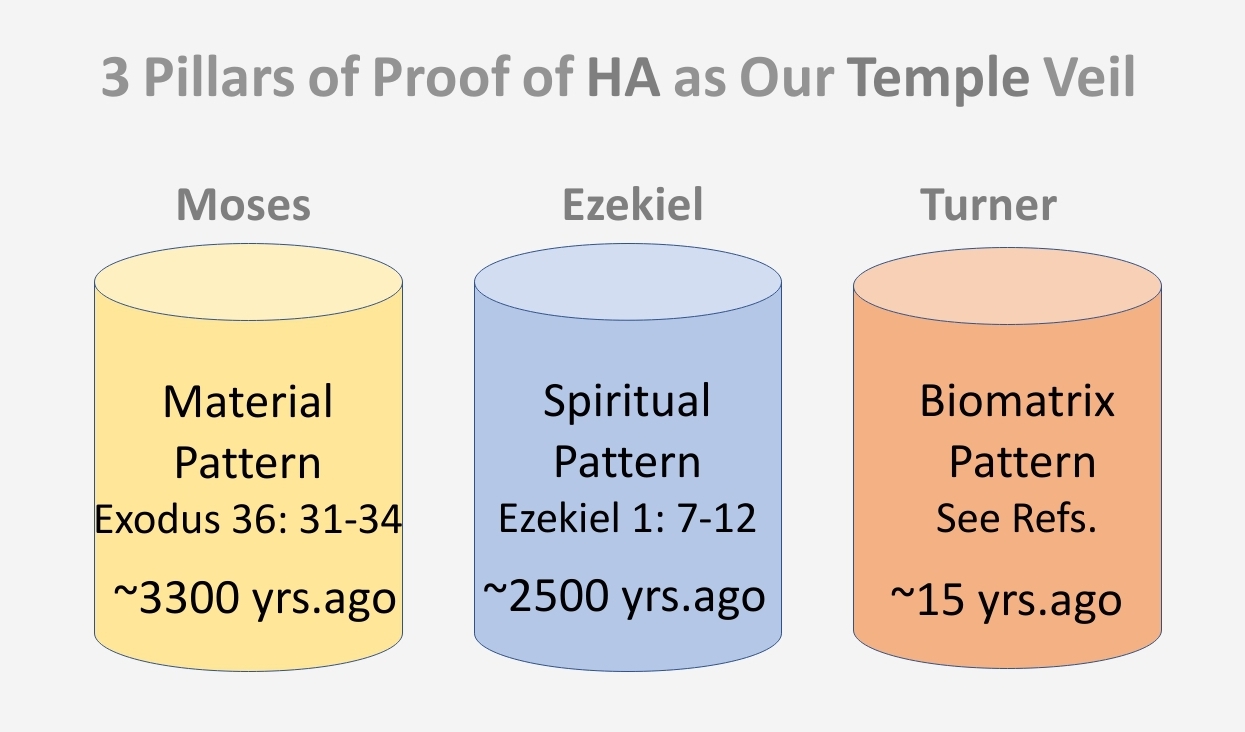 Figure 3. A schematic of the Gospel veil being described in extraordinary detail throughout time and verified as a pattern of the biomatrix molecule, hyaluronic acid (HA). Moses received the temple pattern—which includes the veil—directly from God. Ezekiel’s vision recorded in the book of Ezekiel describes his vision of the Spirit in the wheels also in great detail. Finally, both descriptions match that of the flesh molecule, hyaluronic acid, found in living creatures.

Given proof from the scriptures that we are the temple of God, then the veil in us must be a biomatrix molecule with the same pattern described by Moses and Ezekiel. In addition, we expect proof of the Gospel. These three conditions have been met beyond expectations.

The Veil is Our Gateway to Eternal Life

There is just one way to return to Eden. With cherubim guarding the east gate with swinging swords, we cannot enter the way we left. Remember that Adam and Eve were told that they—and their seed—would return to earth out of which they were taken. Our soul needs a Redeemer to enter holy places. The “Written Word” became the “Living Word” and dwelled among us. As God’s temple, Christ asserts “destroy this temple and in 3 days I will raise it up” (John 2:19). We are created as the temple of God. As he was lifted up, “born again” believers will be lifted up in like manner. This is true because we are in him as he is in the Father.

Hard copies of HaShem Veil can be purchased from Lulu.com and other on-line book sites.
Download a copy of HaShem Veil, my e-book, which compares hyaluronic acid (HA) structure to the biblical veil patterning. The MATRIX will be available soon!