The Temple Veil is Torn (Video)

A Testable Object: Proof of the Gospel 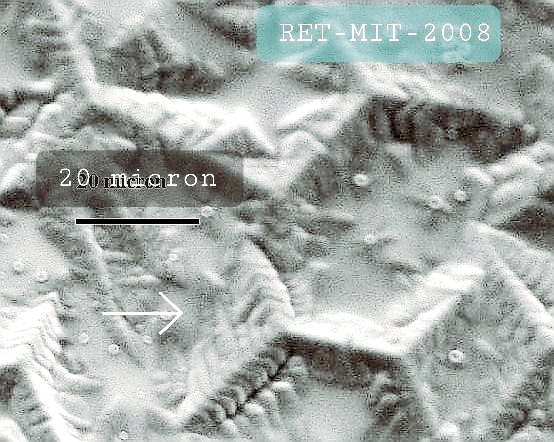 Figure 1. This hyaluronic acid (HA) tapestry was generated by electrospraying a physiological solution of HA fragments onto glass slides followed by SEM. One can see how this “lock and key” geometry coupled with HA size-dependent and shape-shifting properties can translate “hidden messages” in water.

According to Mark 15:38, the veil was rent when Christ died. This singular point in time changed man’s relationship to his Creator forever. In fact, this was about man’s sinful fall and his eventual redemption throught one extraordinary act of sacrifice. It was customary in Jesus’ day for a father to tear his robe at the death of his first born son. Caiaphas, the High Priest, tore his robe in defiance when Jesus declared himself to be the Son of God. However, in contrast, God physically tore his temple veil (Mark 15:38) in acceptance of the death of his first and only son. This physical act proves that Jesus Christ is Our Redeemer and Savior.

There are several points to be made regarding this event. For one thing, Isaiah 52:13-Isaiah 53:12 predicted the life of Christ 700 years before Christ was born. This mini-bible in Isaiah within the 66-book Bible appears to be a “hidden message” proving the legitimacy of the Gospel of Christ. Interestingly, despite the Leviticus rituals dictated to Moses by God, the Jewish people refused to accept Yeshua (Jesus) as the Messiah. On this site, the living temple of God is compared with the heavenly temple and the one built by Moses. Finaaly, this is compared to the vision of Ezekiel and man, as the temple of God.

The Spirit in the Temple

Figure 2. 5 micron Polystyrene beads coated with HA fragments. This illustrates the aggregation of cells in the extracellular matrix. HA, the flesh molecule, serves as a veil around cells. In an analogous way, if the cell is a pattern of the temple (1 Corinthians 3:16), then HA is a pattern of the Hebrew temple veil.

Since there is only one in heaven (1John 5:7) and one on earth (1John 5:8), the one Spirit moves from Heaven to the man-made temple (Exodus 25: 8-9)) on earth, to the God made temple, Man (1Corinthians 3:16). The “Transformer” is needed to santify and glorify the Father in Heaven. Since flesh and Blood cannot enter the kingdom of God, what is the significance of the flesh molecule, hyaluronic acid (HA)? HA, a carbohydrate scaffold, uniquely serves as a covering for the flesh. The four major types of biomolecules are carbohydrates, lipids, nucleic acids, and proteins. As the most prevalent biomolecule on earth, it serves as the ideal patterning for the temple veil. 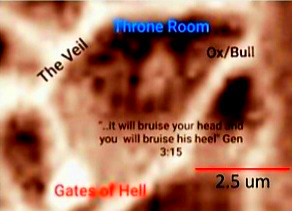 Figure 3. A mixture of low molecular weight HA sample is dehydrating under a high powered microscope as images are taken over time. After close scrutiny, the images are interpreted based on the Gospel in the bible. Consider the image in this figure. The quote found in Genesis 3:15 is true. The smaller figure is seated at the right hand of the larger figure (Mark 16: 19), and the sacrificial “bull” connects to the throne room through the veil (Leviticus 16:3). This picture miraculously appears within dehydrated HA. In fact, the entire microscale scene appears to be in perfect agreement with biblical scripture. It is true that God writes his epistles on the veil of our heart (2 Corinthians 3:3). Results seen in the lab matches that not seen in the body just like in the case of enzymes acting on substrate.

The search for truth by carnal minded scientists seems to be an exercise in futility. Such attempts are doomed to fail. We are living tripartite beings created on God’s image. A spirit-filled believer with knowledge of the Gospel may see the gospel message in the above dehydrating hyaluronic acid sample, but an unbeliever may see nothing significant. Despite the incredible evidence from science and theology over the span of our existence on earth, carnal minded scientists still say “there is no God.” The bible says “a fool has said in his heart there is no God!”

Amazingly, theology was once a part of the science department. Over time, the enlightened ones decided that there was no place in science for the Creator. As a result, we are bombarded with more and more absurd theories about our origin and the cosmos.

The MATRIX and the VEIL

Hard copies of HaShem Veil can be purchased from Lulu.com and other on-line book sites.
Download a copy of HaShem Veil, my e-book, which compares hyaluronic acid (HA) structure to the biblical veil patterning. The MATRIX, which deals with  life on this side of the veil will be available soon!