Hyaluronic Acid (HA) has a molecular pattern where n can vary from n=2 to n~25,000). The HA molecule resembles the detailed descriptions of the Hebrew temple veil and Ezekiel’s wheel. Since HA reflects both Moses’ and Ezekiel’s accounts, it is characterized as our biological temple veil (1 Corinthians 3:16). On this site, hidden messages are revealed that prove the Gospel of Jesus Christ based on HA, which is a “testable” object suitable for scientific exploration.

The Heart as a Quantum Cloaking Device

The veiled heart acts like a quantum cloaking device (Isaiah 61:10). About 3300 years ago (Exodus 25: 8-9, Exodus 25:40), God dictated the veil design to Moses, who constructed the veil that shielded God’s “chosen people” from his glorious presence. Moses had to veil his face, which was filled with God’s glory from the Israelites (2 Corinthians 3:1-18). Be that as it may, the veiled heart resonates with the Spirit, who gives life. In fact, man himself was created in God’s image before his fall. However, he must now be “born again.” At another point in time, God gave his tabernacle (temple) design—which included the veil—to King David whose son built it (1 Chronicles 28:10–12). 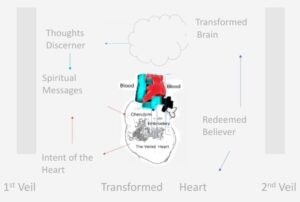 Figure 2. Hyaluronic Acid (HA) surrounding the heart (1, 2, 3) may act like a quantum cloaking device. The Spirit-filled heart transports our soul through The Blood” and The Water (1John 5:8) into Heaven (1John5:7). God is a discerner of our thoughts and the intent of the heart (Hebrews 4:12). Under the new covenant, he puts his laws in our hearts and writes them on our minds (Hebrews 10:16). However, God’s chosen people still have the veil around their hearts when Moses is read (2 Corinthians 3:15). There are boundary conditions which must be met to enter holy places. These selection rules are contained within the Gospel.

Singularly, the double veil in the tabernacle and later in the temple separated man from his Creator because of man’s original sin and his continued transgressions of the law. Amazingly, this fine-twined linen veil of blue, purple, and scarlet resembling hyaluronic acid (HA), translates “hidden” Gospel messages stored in water. That said, Moses’ veil made by the “hands of man” should be compared to the four living creatures described in Ezekiel’s vision (Ezekiel 1:8-12) about 2600 years ago. In any case, Ezekiel’s highly descriptive pattern of the temple veil is a testable object found within us (1 Corinthians 3:16, 2 Corinthians 3: 15).

Jesus (Yeshua) said “I come in the volume of the Book” (Hebrews 10:7) as prophesied by Isaiah. If DNA is the “Language of Life” within the “Book of Life”, then hyaluronic acid (HA) is its cover or veil. Recall that cherubim are embroidered within the Hebrew temple veil (Exodus 36:35). So too, they appear on self-assembling HA fragments (see figure 1C). Perhaps God also engraves his cherubim on the HA veil (1) (2) of our heart (2 Corinthians 3:3) through “the Spirit of the living creature (Ezekiel 1:20), who was in the [helix] wheels. Our hope is anchored in Christ as our soul enters within the veil (Hebrews-6-19). Regarding “born-again believers,” the Spirit cloaks our soul in the righteousness of Jesus Christ. Since “Believers” are now in him (the One) as he is in the Father (John 14:20, John 10:30), we enter eternal life with him. Without a doubt, in Adam, the old man, we die—but in Christ, the new man, we live.

A Shape-shifting & Stealthy Helix Chain Molecule Under the Influence

Figure 3. HA is a molecular shape-shifter and can interconvert between various helical types (helices shown as top view). It appears that the “Spirit in the helix wheels” influences HA nano-patterning. Despite HA’s incredible physical and biological properties, life transcends physics and chemistry (Chem Eng News, 1967). That said, the sovereign God created man in his own image (Genesis 1:27) so that spiritually, believers are “born again”in Christ, our Redeemer, (John 14:20) even as he is in the Father (John 10:30). To that end, Jesus Christ cloaks us in his righteousness as we enter holy places (Isaiah 61:10).

HA1-4 Resembles 4 Living Creatures With Each Having 4 Faces and 4 Wings.

Compare the description of the temple veil told to Moses by God in the bible with Turner’s results (I). Jesus said ” if you had believed Moses you would have believed me because he wrote about me” (John 5:46). Also, compare Haxaire et al (2000) results after first labeling them (labeled results) with Ezekiel’s highly detailed description of the veil (II). In addition to
Isaiah’s detailed prophecy about the Messiah 700 years before his birth, John in the Book of Revelation has a vision of God’s throne  consistent with Haxaire’s results.

Hydrated HA fragments contain “hidden gospel messages” not assessible to all. Ordinarily, seeing is believing, but in the Spirit believing gives evidence and substance of the unseen. This believer consciously observed shape-shifting HA fragments as they self-assembled during dehydration into hydro-images of the Gospel (III). 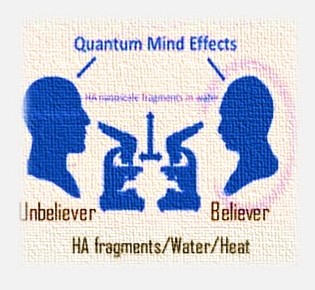 Figure 4. Faith changes things. Dehydrating HA fragments self-assemble under the heat of the optical microscope. In addition to material and quantum factors, it seems that the conscious mind of a true believer: his words, thoughts, beliefs, and intent (Hebrews 8:10 and 2 Corinthians 3:3), collapses the QM wave functions.  Think of the Spirit as a “Force” acting upon your heart (Galatians 4:6). Perhaps “Believers” under the influence of God’s transforming Spirit direct HA fragments to self-assembly into hydro-images of the Gospel. Just as enzymes can perform their specific tasks in vitro, perhaps HA fragments can hydro-image in vitro for Believers. For Unbelievers a controlled experiment may be impossible if the Gospel is hid from those who are lost (2 Corinthians 3:4).

The MATRIX and the VEIL

Hard copies of HaShem Veil can be purchased from Lulu.com and other on-line book sites.
Download a copy of HaShem Veil, my e-book, which compares hyaluronic acid (HA) structure to the biblical veil patterning. The MATRIX, which deals with  life on this side of the veil will be available soon!